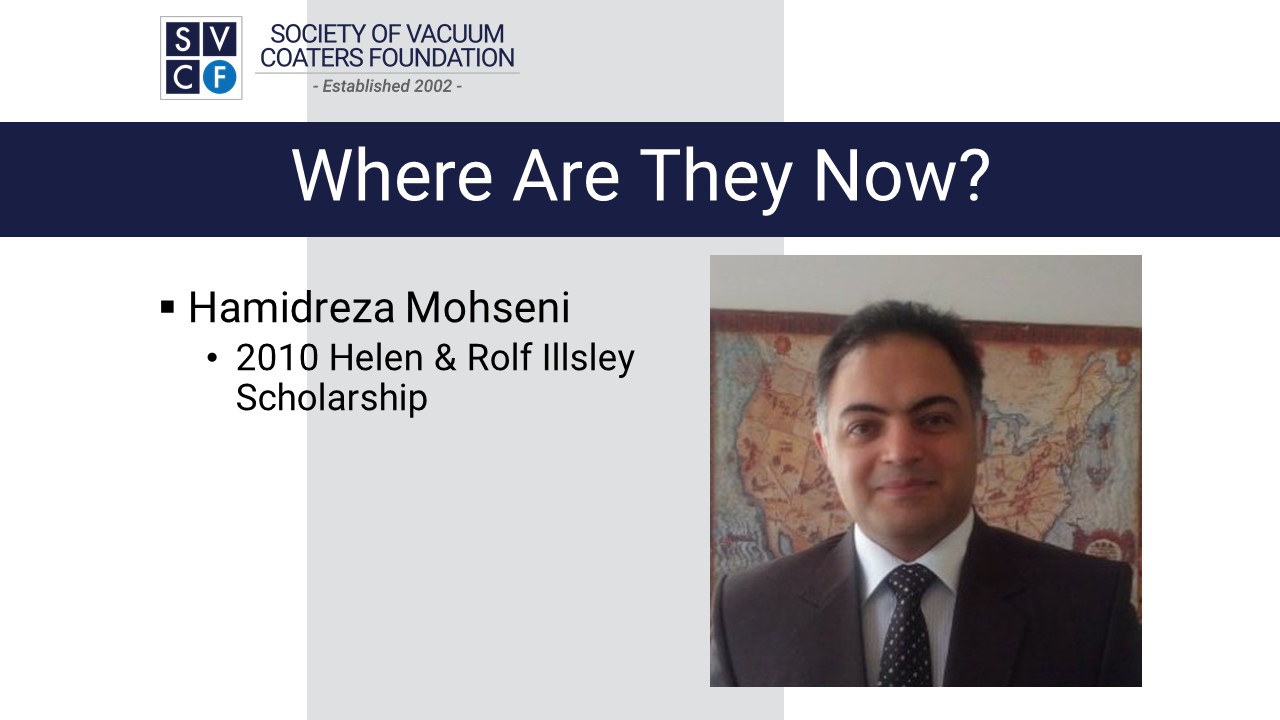 In his first job after graduation, Hamid was a Sr. Advanced Product Development Engineer at Bosch in Chicago, Illinois.  While this job wasn’t directly related to the vacuum coating industry, he used some of the coatings like PVD and CVD for some proof of concepts in product development.  Hamid is currently a materials scientist working for CARBO Ceramics in Houston, Texas.  He is mainly responsible for development and scale-up of technological ceramic proppants for oil field applications and other industrial applications such as grinding and foundry.

Hamid recalls attending the 2016 SVC Techcon in Indianapolis and it was a great chance for him to get in touch with friends and mentors, such as Mr. Paulo Raugei (former SVC Foundation Board Member).  Hamid says “I was honored to have the SVC Foundation support.  On one hand the award supported me financially for tuition payment and on the other, I could get my foot in the door of vacuum coating society and learn more about the industry and its trends and eventually presented my research at two of the following SVC Techcon meetings.”

The SVC Foundation is accepting applications for Academic Scholarships through October 15, 2022. The...