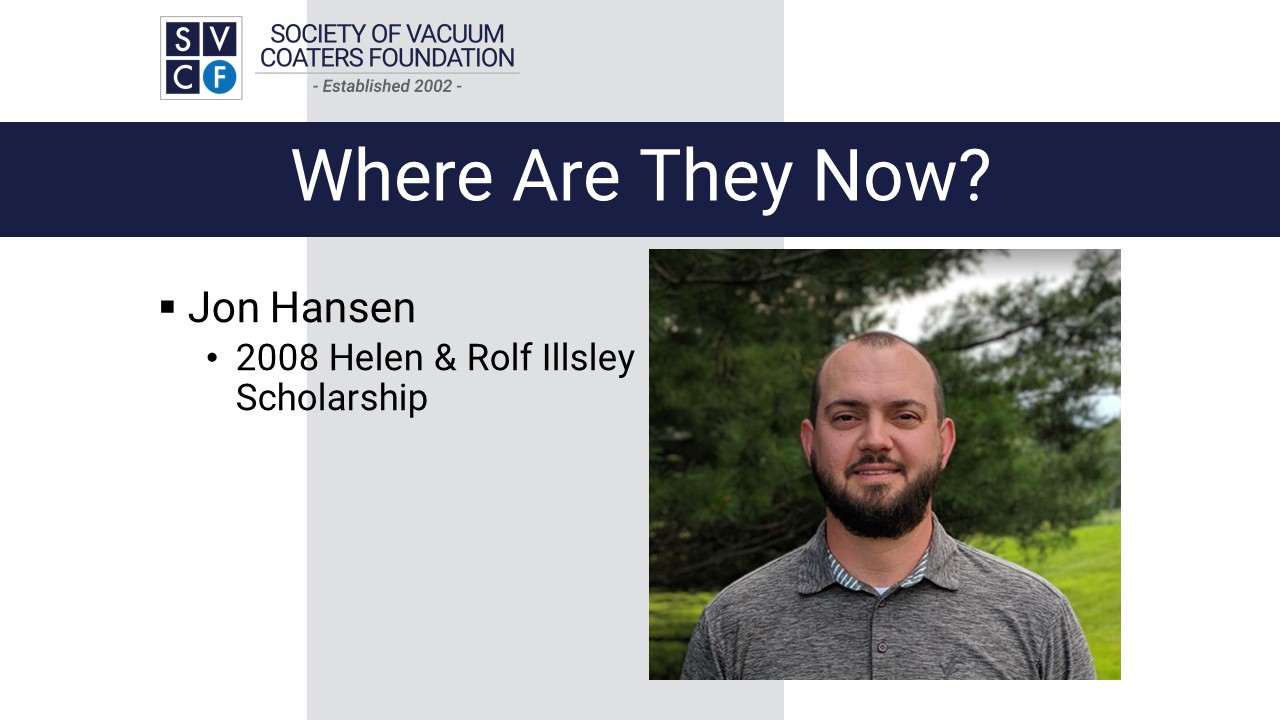 Jon Hansen was studying for his bachelor’s in Mechanical Engineering at Grand Valley State College when he was awarded the SVC Foundation’s very first Helen and Rolf Illsley Scholarship in 2008.  At the time, Jon was working as a Co-op at Gentex Corporation in their electrochromic glass fabrication division.  Upon graduation, Jon took a full-time job in this same division, where Gentex makes auto-dimming mirrors.  He has been blessed to still work at Gentex where he is now a Process Engineering Manager.  Jon has a wife and three kids, and they enjoy the natural beauty of Michigan.

His father Michael also worked with vacuum coatings at Donnelly Mirrors in Holland, Michigan.  Mike was a regular participant at the SVC Techcon and served as president of the SVC from 1990-1992 before his early passing in 2000.  Jim Seeser made a special donation in Michael’s name to the SVC Foundation and thus it is fitting that his son would later claim a scholarship.  Jon is carrying the family torch in vacuum coating technology and we wish him all of the best with is work and family life.

The SVC Foundation is accepting applications for Academic Scholarships through October 15, 2022. The...